THE AGENDA OF TRANSFORMATION BY LEADER OLUMBA OLUMBA OBU 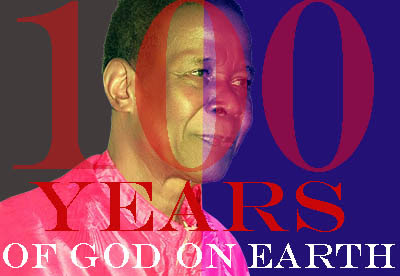 I met with a pastor this morning and he told me to join his congregation, that he has a large congregation in his church, and I asked him;
Why do you think I should join your church?
He told me that the Lord has been using him to perform miracle for people and set the captive free.
I laughed so sabastically that he got confused by his facial expression, I asked him miracle like which one?
He said there was a woman who got married 10 years ago without issues, she and her husband had gone to several churches and hospitals but no solution, but when they came to my church they received a miracle and as am talking to you they are expecting their second baby, there are also many other miracles the Lord has been performing through me in my church.
I replied wonderful, that’s great, so Mr. Pastor you want to tell me that all those churches the woman and her husband were going before meeting you there is no God there?
I told him sir let me educate you a little. Philosophically you didn’t perform any miracle, because miracle by definition is a contravention of the natural order which mean that if a natural order is able reversed that is a miracle, example is when you throw a stone to the sky and its return to the ground and another person throw the same stone to the sky and it hang without returning to the ground the second person has been able to revert the natural other and that is a miracle.
I continue, sir, naturally women are to put to birth so if a woman got married 10 years ago without an issue and move from church to church in search of a baby and at the right time accidentally she meet with a pastor of a church and he prayed for her and she conceived and gave birth that is not miracle, in Brotherhood of the Cross and Star we call that predestination, not a miracle there is no miracle there, it was only predestined for that particular woman to give birth after 10 years of marriage it’s not caused by witchcraft nor any juju, I asked him so miracle is what you are using to draw people into you congregation?


He kept mute, I told him, sir, are you aware that Jesus resurrected Lazarus from death?
He answered why are you asking, he knew I will throw another bomb, I said sir, just answer are you aware of that miracle by Jesus Christ?
He said yes.
I asked him so where is Lazarus today?
He said he later died.
I told him thank you for your honourable answer, sir let me expose you to the recondite wisdom of truth, the accurate wisdom brought to man by God Almighty Himself.
Man still die even after miracle even after the blood of our Lord Jesus Christ was shed, and Christ knew that, that was why He said He will return again, with a new name (John 7 vs 7-16) and with a different assignment. The hardest assignment ever the world began and till the world end, no other person can do this assignment except He God alone. That assignment is called TRANSFORMATION OF MAN.


I told him this is what Leader Olumba Obu is on earth to do to totally change and transform man from his sinful nature to a righteous body, I asked him are you aware that man died because of his sin? if man commits sin he has to die because the wages of sin is death.
So, therefore, God is here to change man to a righteous man and if man is transformed through his word and practice man will not sin again and as such man will not die again as God original plan was when He created man, and as such sir there will be no need for miracle when man is transformed, so go and tell your congregation and you yourself to be prepare for transformation by God Himself Leader Olumba Olumba Obu.
This which I discover and I want to tell you now. So many churches that you are seeing thousands of members today are simply because of miracle.
And to you that is reading this article do same, get baptize and be ready for the great event of transformation by God Himself.
Next time when I come your way I will tell you the criteria for the transformation.
Share !
Newer Posts Older Posts Home
Subscribe to: Posts (Atom)