THE MISLEADING TEACHINGS IN CHURCHES 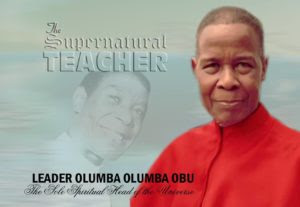 THE COMING OF THE HOLY SPIRIT FORETOLD IN ISLAM:
If you take your mind back the lane of history you would recall that when Mohammed, the founder of Islam, was about to die, his followers asked him to tell them what their fate would be when he died. Mohammed told them that he was empty and void, hence, he could not save himself, talk less of saving his followers; but when the Holy Spirit comes, He will lead their path. This statement is still fresh in the minds of the Moslems. Therefore, any Christian who is not serious shall be overtaken by the Moslems who are coming in great numbers. The Moslems have accepted the Holy Spirit because His coming marks the manifestation of what their leader told them centuries ago. And according to the scriptures, it is this Holy Spirit that would lead the entire world to the accurate knowledge of truth. We are now in the tail end of the twentieth century, the age in which all spoken words of God have fully manifested. No wonder all roads of various religions such as the Bahai Faith, Hinduism, Buddhism, Taoism now lead to B.C.S, the base of the Holy Spirit. Very soon, we shall have in the world, ONE FLOCK UNDER ONE SHEPHERD.
Let my peace and blessings rest and abide with the entire world, now and forever more, Amen.
Thank You Father.