Home » Father's Sermon » GOD IS EVERYTHING TO MAN

GOD IS EVERYTHING TO MAN 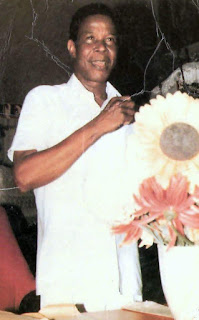 TEXT OF DISCOURSE: HEBREWS 2:1-END
GOD ALONE REIGNS:
Beloved Brethren, the Comforter promised man in this era, and the one whom the entire humanity has been expecting, has manifested on earth. He is in control of everything on earth, now. He is responsible for all the happenings in life, your homes, communities, organizations. He has come to subdue all the powers and principalities of this world and the last enemy that will be destroyed by Him is death. If you are an angel or anything you may lay claims to, surrender, yourself to Him so you shall be exalted. GOD HAS COME BY HIMSELF TO REWARD US. Christ is never a tree, a stick, a stone, or iron, but a human being. God created man in His own image and likeness, why is it difficult for you to abide by His instructions? Behold, without Christ, you will ever be overwhelmed by the devil. Allow Him therefore to live and dwell in you, else your many years stay in this kingdom would avail you nothing. If you read through Hebrews one, you will realise that God spoke to our Fathers through the prophets, BUT TODAY WE ARE LUCKY TO BEHOLD HIS PRESENCE. Therefore for you to go and worship the trees, bow to the rocks, idols, and leaves, you are already perished. God has bestowed all His powers to man and to no other creature.
In the time of Noah, God caused everything that existed to be. It is very common now to see many people dread water, fire, wind, etc. at the expense of God and man. Recall when Christ and His disciples were in the canoe, there came great storms and turbulence and the disciples were sore afraid. Because of this, the disciples shouted on Him thus: "Master, master, we perish." Then he arose, and rebuked the wind and the raging of the water: and they ceased, and there was a calm" (LUKE 8:24).
And when Christ woke up and saw that they were faithless, He complained of their faithlessness, and spoke but the word, and the wind and the storm ceased. On seeing this, the disciples were very much amazed. If you are afraid of the snakes and other dangerous animals, what then would you do to God who created them all?

DO NOT OPPOSE GOD
Remember, when Jonah refused to go and deliver the message of God to the people of Nineveth and fled to Tarshish? There was a great tempest on the sea so that the ship Jonah boarded almost sank. And when lot was cast to know the cause of the problem, Jonah was found guilty and cast into the sea. To suffer for his disobedience, he remained in the belly of the fish for three days. And for things to be well with him again, he went to Nineveh and did what God commanded him. This therefore is a proof that nobody should disobey God nor contest his decisions.
Besides, who would you say constitute the fish that swallowed Jonah, the wind, the thunders and the waves that caused the tempest on the sea? This is to show you that He is an all-powerful God. In the entire world, man is the greatest asset of God. Therefore on no account should man disregard his fellowman. Do not be enslaved to anything for God shall one day show you His deity and make you to know and recognize His existance. Man is the ark of covenant of God. If God gave His powers to the trees, how could His glory be known?

RECOGNIZE YOUR CREATOR
Read from 1 Corinthians 3:8-9. Now God is seeking you and is working for you. But do you recognize Him? Are you not still consulting the witch-doctor, and herbalist? All these idols, leaves, and roots of trees that you have been worshipping, have they been helping you? Have these things rather not been ruining you? Why is it that when you see God, you are not afraid, but immediately you see the shrines, concoctions, herbalist, and native doctors, you become afraid? Are they more powerful, dangerous, and or more peaceful than God? Why not recognize the giver of life, the Creator? This constitutes your problems. If we had recognized God and kept to His injunctions, we would have no cause to fear. Hence it is stated, the last enemy that shall be destroyed is death.Read from Revelation 20:1-end: " And I saw an angel come down from heaven, having the key of....was cast into the lake of fire..."
Judgement is going on now in the world and those who do not harken to the injunctions God shall be slain and cast into hell fire. Be sure that the record of all that you have been doing is duly kept, and it is with the said record that you will be judged.

AN ILLUSTRATION
I have earlier told you a story about a Bishop who founded many churches, and in each of these churches he had a servant. This servant abided by every instruction the Bishop gave him. And it came to a time when the servant passed on to the world beyond. Being a small boy and a servant for that matter, his burial was not given prominence. But in the world beyond, this boy lived in a storied building which was well furnished. He had other good things of life to make his life easy. With these bounties, the servant had perfect peace. It was not long when the Bishop passed away and at the world beyond, he met his erstwhile servant actually living in opulence. While he hardly had a place to lay his head. This is the irony of life.
Beloved, God shall reward you according to your works. If you had recognized God and kept to his commandments by refraining from the eating of flesh, fornication, falsehood, anger, murder,etc, no problem would have come your way. It is as a result of this He said, "Henceforth I call you not servants, for the servant knoweth not what his lord doeth: But I have called you friends; for all things that I have heard of my Father, I have made known unto you." (JOHN 15:15).