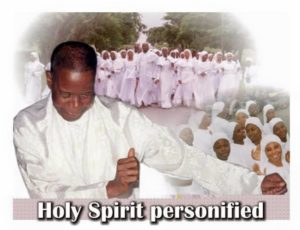 Verse 2. And now, what about the coming again of our lord Jesus Christ and our being gathered to meet Him? Please don't be upset and excited dear brothers, by the rumour that this day of the lord has already begun. If you hear people having visions and special messages from God about this, or letters that are supposed to have come from me, dont believe them.
Verse 3. Don't be carried away and deceived regardless of what they say. For that day will not come until two things happen. First there will be a great rebellion against God and then the "man" of rebellion will come- the son of hell.
4. He will defy every god there is, and tear down every other object of adoration and worship. HE WILL GO IN AND SIT AS GOD IN THE TEMPLE OF GOD CLAIMING THAT HE HIMSELF IS GOD. Don't you remember that i told you this when i was with you? And you know what is keeping him from being here already, for he can come only when his time is ready.
7. As for the work this man of rebellion will do when he comes, it is already going on, but he himself will not come until the one who is holding him back steps out of the way.
8. Then this wicked one will appear, whom the lord Jesus will burn up with the breath of His mouth and destroy by His presence WHEN HE RETURNS.
9. This man of sin will come as Satan's tool full of satanic power, and will trick everyone with strange demonstrations, and will do great miracles. He will completely fool those who are on their way to hell BECAUSE THEY HAVE SAID NO TO THE TRUTH, they have refused to believe it and love it, and let it save them.
11. So God will allow them to believe lies with all their hearts, and all of them will be justly judged for believing falsehood, refusing the truth and enjoying their sins.
13. But we must forever give thanks to God for you our brothers, loved by the LORD BECAUSE GOD CHOSE YOU FROM THE VERY FIRST TO GIVE YOU SALVATION, cleansing you by the work of the Holy Spirit and by trusting in the truth.

CONCLUSION
The above scripture has said it all, it has revealed the truth of what is going on in Brotherhood of the Cross and Star. First Son of the hell has come to claim God’s throne saying and making his believers believe that he is God, second they shall at last be destroyed on the return of the owner of the Kingdom, when Leader Obu will come out again, lastly the remnant whom are few in numbers shall be given salvation and be saved by the creator Leader Olumba Olumba Obu.
Finally the Holy Father Leader Olumba Olumba Obu the Almighty God always said that he will go inside the verstry for a while and in a while He will come out, He did exactly as He said in 2001 He stop preaching physically in 34 Ambo street Calabar this is to give room for satan to finish his work so that God will select His faithful ones whom are the last remnant for transformation.