Home » Father's Sermon » THE POWER OF THE HOLY SPIRIT

THE POWER OF THE HOLY SPIRIT 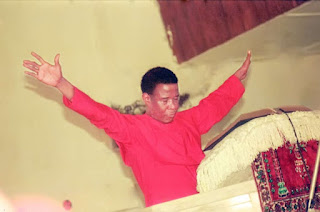 FIRST LESSON: 1ST CORINTHIANS 1:17-18
For Christ sent me not to baptize but to preach the gospel: not with wisdom of words, lest the cross of Christ should be made of none effect. For the preaching of the cross is to them that perish foolishness; but unto us which are saved it is the power of God.

SECOND LESSON: ACTS 20:20-23
And how I kept back nothing that was profitable unto you, but have shewed you, and have taught you publicly, and from house to house. Testifying both to the Jews, also to the Greeks, repentance toward God, and faith toward our Lord Jesus Christ. And now, behold, I go bound in the spin unto Jerusalem, not knowing the things that shall befall me there. Save that the Holy Ghost witnesseth in every city, saying that bonds and afflictions abide me.

GOLDEN TEXT: ACTS 2l:12-14
And when we heard these things, both we, and they of that place, besought him not to go up to Jerusalem. Then Paul answered, what mean ye to weep and to break mine heart? for I am ready not to be bound only, but also to die at Jerusalem for the name of the Lord Jesus. And when he would not lie persuaded, we ceased, saying, the will of the Lord be done.