Home » Father's Sermon » HE WHO IS TO RULE

HE WHO IS TO RULE 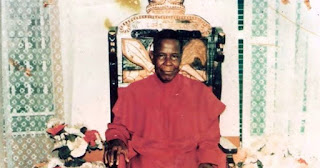 FIRST LESSON: REVELATIONS 2:4-5
Nevertheless I have somewhat against thee, because, thou hast left thy first love. Remember therefore from where thou art fallen, and repent, and do the first works, or else I will come quickly, and will remove thy candlestick out of his place, except thou repent.

GOLDEN TEXT: LUKE 14:33
So likewise, whosoever he be of you that foresaketh not all that he hath, he cannot be my disciple.