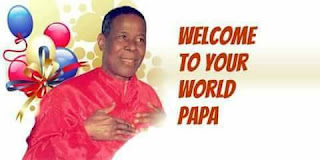 FIRST BIBLE LESSON: REVELATION 22:2-3
In the midst of street of it, and on either side of the river, was there the tree of life, which bare twelve manner of fruits, and yielded her fruits every month:and the leaves of the tree were for the healing of the nations. And there was no more curse: but the throne of God and of the Lamb shall be in it; and his servants shall serve him.

SECOND BIBLE LESSON: MATTHEW 13:41-43
The Son of man shall send forth his angels, and they shall gather out of his kingdom all things that offend, and them that do iniquity; And shall cast them into a furnace of fire: there shall be wailing and gnashing of teeth. Then shall the righteous shine forth as the sun in the kingdom of their Father. Who has ears to hear, let them hear.

GOLDEN TEXT: MATTHEW 19:28-29
And Jesus said unto them, Verily I say unto you, That ye which have followed me, in the regeneration when the Son of man shall sit in the throne of his glory, ye also shall sit upon twelve thrones, judging the twelve tribes of Israel. And everyone that hath forsaken houses, or brethren, or sister, or father, or mother, or wife, or children, or lands, for my name's sake, shall receive an hundredfold, and shall inherit everlasting life.

GOLDEN TEXT: MATTHEW 19:28-29
"And Jesus said unto them, verily I say unto you, that ye which have followed me, in the regeneration, when the Son of man shall sit on the throne of His glory, ye also shall sit upon twelve thrones judging the twelve tribes of Israel. And everyone who has forsaken houses, or brethren, or sisters, or father, or mother, or wife, or children, or lands for my name's sake shall receive a hundredfold and shall inherit everlasting life."
That is the promise of God for all the inhabitants of the world; whether you are a white man or a black man or colored, whenever you surrender yourself into the service of God, this promise is for you.
Do not forget the emphasis that the promise is for all those who forsake everything and follow Him. The promise is not for you if you have not forsaken everything and follow Him. Because many people come into Brotherhood poor, and they are sent to gather wealth from here, they continue to pack things out of Brotherhood to their homes.
In the regeneration what shall be their gain? THEY WILL GO EMPTY-HANDED. You can see that no one can deceive God. If you do not forsake land, brother, and homes you will go empty-handed. The promise is for those who surrendered themselves completely to serve God, and it is as sure as daylight.
You will see someone who erects a storey building the moment he comes into Brotherhood, and you will argue that he has money through beelzebub. It is rather means that he believes in God. You will find someone who forsakes fornication, drinking, and every evil thing. It means that he believes in the promise. All those who come here with half minds are those who do not believe, and the promise is not for them. They will go back empty-handed.
We have heard what Christ said that whoever does not hate his father, and mother, and husband, and wife, and brothers and sisters and his own life cannot be my disciple. (Luke 14:26).
This promise is for those who believe. That is why Paul says that those things he would have counted as gain, he counts them but loss. He is the example of those who believe in the promise.
The government will promise to do something but they will fail to do it. Your father will promise that he will do something for you but he fails to do it. The town will also fail to carry out her promise. Any person can fail to carry out his promise, but this is the promise of God which never fails. And I am taking my stand on it.
I am ready to walk naked and be called a ghost, mermaid, juju, or any name. You can pluck out my eye, you can say whatever you like. I know that this promise is sure and I stand fast on it. What hinders us?
We are told that the leaves of the tree was used in healing the nations; and there was no more curse, but the throne of God and the lamb shall be in it; and his servants shall serve Him. What prevents you from serving Him?
He shall send out His angels to remove everything that causes offence so that the children of God may shine forth like the sun in their Father's Kingdom.
There is no juju or apparition which hinders you. You are the source of all your problems. When you see many Brotherhood members, you say there is something the Father gives to them. What do I give to them apart from the word of God? The moment you practise the word of God, this promise is fulfilled in you.
You are to forsake fornication, anger, lying, taking of drugs but you say you will forsake them gradually. Do you think this promise is fulfilled in you? God has no business with you because you do not believe in Him. This kingdom belongs to those who serve Him. All the wealth and glory is for those who serve Him.
Heaven and earth belong to God; the world and its fullness thereof is His. Who are those who shall receive the blessing from the Lord? Those whose hearts are pure and whose hands are clean, who have not given their souls to vanity. These will receive the blessing from the Lord. From today we should forsake everything and accept to serve God so that we may inherit His promise.
Brethren, I will not take you further than this. One stroke of the cane is sufficient to the wise. He who has ears, let him hear. May God bless His Holy Words. Amen
THANK YOU FATHER.