Home » Father's Sermon » THE TRANSITION TO THE TRUTH

THE TRANSITION TO THE TRUTH 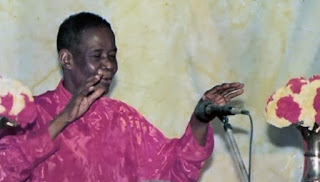 FIRST BIBLE LESSON: JOHN 13:34
"A new commandment I give unto you, that ye love one another as I have loved you."

SECOND BIBLE LESSON: JAMES 1:16-18
"Do not err, My beloved brethren. Every good gift is from above, and cometh down from the Father of lights, with whom is no variableness, neither shadow of turning. Of his own will begat he us with the word of truth, that we should be a kind of first fruit of his creatures."

GOLDEN TEXT: JOHN 14:15-16
"If ye love me, keep my commandments. And I will pray the Father, and he shall give you another comforter, that he may abide with you forever."

GOLDEN TEXT: JOHN 14:15-16
"If ye love me, keep my commandments. And I will pray the Father and He shall give you another Comforter, that he may abide with you forever."
REFRAIN FROM EVIL:
Beloved, this is the time for us to refrain from fornication, lies, unbelief, disobedience, and every form of vice, so that we may be in peace with God. When you used to have money, cars, children, wife, husband, were you living in peace? The manifestation of the Holy Spirit has brought about peace, love, and prosperity on earth. And anyone who complies with His injunctions, shall have peace, love, strength, wisdom, and prosperity unlimited from this year. You have therefore been commissioned to go into the world and tell them that the Holy Spirit has manifested on earth. Let the people of the world know why they should refrain from sins. Tell them that whoever kills shall be killed, any judge who condemns another person to death shall himself be condemned to death. Tell the people who take delight in taking people to court to refrain from such acts or be damned. Tell the President, civil, and public servants and all the inhabitants of the world to refrain from evil. HE HAS COME TO JUDGE AND REWARD EVERYONE ACCORDING TO HIS WORK. All problems in the world: wars, lamentations, hunger, pains, etc. have all vanished.
The churches and individuals are suffering a whole lot because they blaspheme against the Holy Spirit. This is in fulfillment of this promise that whoever shall speak evil of the Son of man shall be forgiven, but any man who shall blaspheme against the Holy Spirit shall in no wise be forgiven, whether in this generation or in the next. (Matthew 12:32). This explains why many people and churches are facing problems. They call the Holy Spirit juju, mermaid, apparition, and all the evil names. However, they should repent now and accord the Holy Spirit His due glory, and their problems will be over.
The Holy Spirit is the owner of everything. Therefore give Him every praise and glory. Do not give His glory to any man.
Tell the people of the world to confess their sins and be baptized in the name of the Father, the Son and the Holy Spirit, and all will be well with them.
It is said that a stroke of the cane is sufficient for the wise. Those who have ears let them hear what the Holy Spirit has imparted to the entire world. May God bless His Holy Words. Amen.
Thank You Father.