Home » Father's Sermon » THE ABUSE OF THE HOLY SPIRIT

THE ABUSE OF THE HOLY SPIRIT 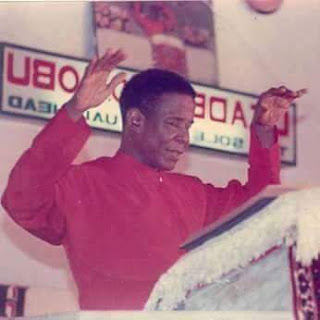 Luke 12:10
"And whosoever shall speak a word against the Son of man, it shall be forgiven him: but unto him that blasphemeth against the Holy Ghost it shall not be forgiven."
Brethren, today I want to deliver a lecture to you on the Abuse of the Holy Spirit, and the repercussion consequent upon such abuse. If you were to obey the Holy Spirit, then no person would have had any problems. Your greatest problem in life arises from your disobedience and insubordination to the directives of the Holy Spirit.

On several occasions, you have been directed, even from birth, on what you should do. You are aware of your divinely assigned duties in the service of God, but you have persistently disobeyed the Voice of the Holy Spirit. Your problems, your ill health, your afflictions and tribulations, your worries and difficulties are neither attributable to apparition, nor mermaid, nor witchcraft, nor any diabolical means, but to your refusal to comply with the instructions of the Holy Spirit.