NEVER YOU GRIEVE THE HOLY SPIRIT 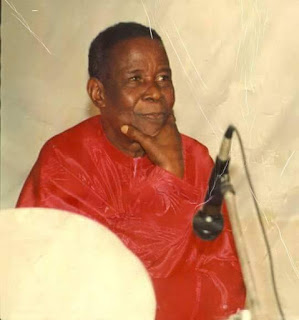 First Bible Lesson: Ephesians 4:30
"And grieve not the Holy Spirit of God, whereby ye are sealed unto the day of redemption."

Second Bible Lesson: 1 Thessalonians 5:20-21
"Despise not prophesyings. Prove all things; hold fast that which is good."

1982 The Year Of Peace And Joy
All those who are weak in spirit resulting from sickness, or poverty and wretchedness, or sinfulness, or temptations, or tribulations, and afflictions, or any other encumbrances should look steadfastly on Me, and all their problems are solved. I do not speak in the future that their problems will be solved but that all of them are being solved at this instant. All spirits which do not give glory to God have been expelled from your bodies. This warfare is not that of the flesh and blood. It is not a carnal warfare but spiritual. The spirits of sickness, poverty and wretchedness which caused you not to be rich in 1981, the spirit of fornication which had prevented you from serving God, the spirit of pride, vain glory, pomposity and arrogance, the spirit of death which has dominated the whole world, the spirit of hatred and malice, have all been expelled from your bodies and minds. 1982, therefore has brought to you peace, prosperity, joy, truth, love and all other virtues of God.
I have a firm belief that reading through the three texts, the words contained therein will be firmly established in your minds and will form a guiding principle to your life throughout 1982.
From January to December, you will keep on reading these passages. As long as there is life in you in season and out of season, every year, every month, every week, everyday, every hour, minute and second you should focus your attention on these passages and make them your watchwords.