THE BEGINNING OF JUDGEMENT 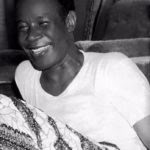 GOLDEN TEXT: MATTHEW 5:34-37:
"But I say unto you swear not at all; neither by heaven: for it is God's throne, nor by the earth; for it is His footstool: neither by Jerusalem; for it is the city of the great king. Neither shalt thou swear by the head, because thou canst not make one hair white or black. But let your communication be Yea, yea; Nay, nay; for whatsoever is more than these cometh of evil."
DO NOT TAKE AN OATH:
Once oath taking stops, there will be peace in the whole world. The problem emanates from this very act. So brethren, at all times try to avoid oath taking but say the truth . Falsehood is the source of all forms of sin. It leads to the death of innocent people. So right from this moment learn to speak the truth.
Now when you swear by your head, can you create a strand of hair? Can you make your hair black or white? So you are told to let your communication be either yes or no; for anything short of this is evil.
The reigning king in this era is Truth and His word is true. For in truth He judges and makes war. Have you ever seen or heard of Christ giving an oath to anyone? Brotherhood is truth and so we do not swear by the Bible or anything else. We do not consult oracle, tell lies, or indulge in any sinful acts. And its foundation at all times is on truthfulness.
So beloved, it is said that a stroke of the cane is sufficient for the wise. Let he who has ears to hear, hear. May the Father bless His Holy Words. Amen!
THANK YOU FATHER.